''A Brief History of the DohBurma Asiayone'', an official government publication published in 1976
But the confusion is an old one and when the Burmese independence movement was established in the 1930s, there was a debate among the young nationalists as to what name should be used for the country Burma or Myanmar. The nationalists decided to call their movement the DohBurma Asiayone (''Our Burma Association'') instead of the DohMyanmar Asiayone.

This was the name given by the Burmese kings to their country. Burma naingngan is not the country where only the Myanmar people live. Many different nationalities live in this country, such as the Kachins, Karens, Kayahs, Chins, Pa-Os, Palaungs, Mons, Myamars, Rakhines and Shans. Therefore, the nationalists did not use the term Myanmar naingngan but Burma naingngan. That would be the correct term. All nationalities who live in Burma naingngan are called Burma.Thus, the movement became the DohBurma Asiayone and not the DohMyanmar Asiayone.

The Burmese edition of the Guardian monthly, another official publication, concluded in February 1971: ''The word Myanmar signifies only the Myanmars whereas Burma embraces all indigenous nationalities.''

In 1989, however, the present government decided that the opposite was true.

Email ThisBlogThis!Share to TwitterShare to FacebookShare to Pinterest
Labels: Talk 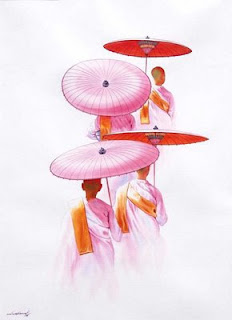 Email ThisBlogThis!Share to TwitterShare to FacebookShare to Pinterest
Labels: Fun

Email ThisBlogThis!Share to TwitterShare to FacebookShare to Pinterest
Labels: Beauty

Email ThisBlogThis!Share to TwitterShare to FacebookShare to Pinterest
Labels: Fun 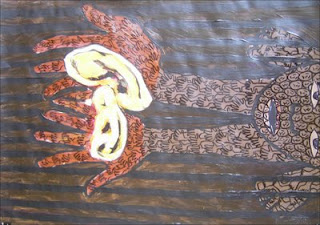